Governor extends moratorium on residential evictions for 45 Days.
(While I support this decision, Nevadans need clear leadership and assistance to prevent them from becoming homeless)

Nevada Governor Announces Phase I. of Reopening which began May 9, 2020

Mack Miller Thanks the people of Nevada and Signs 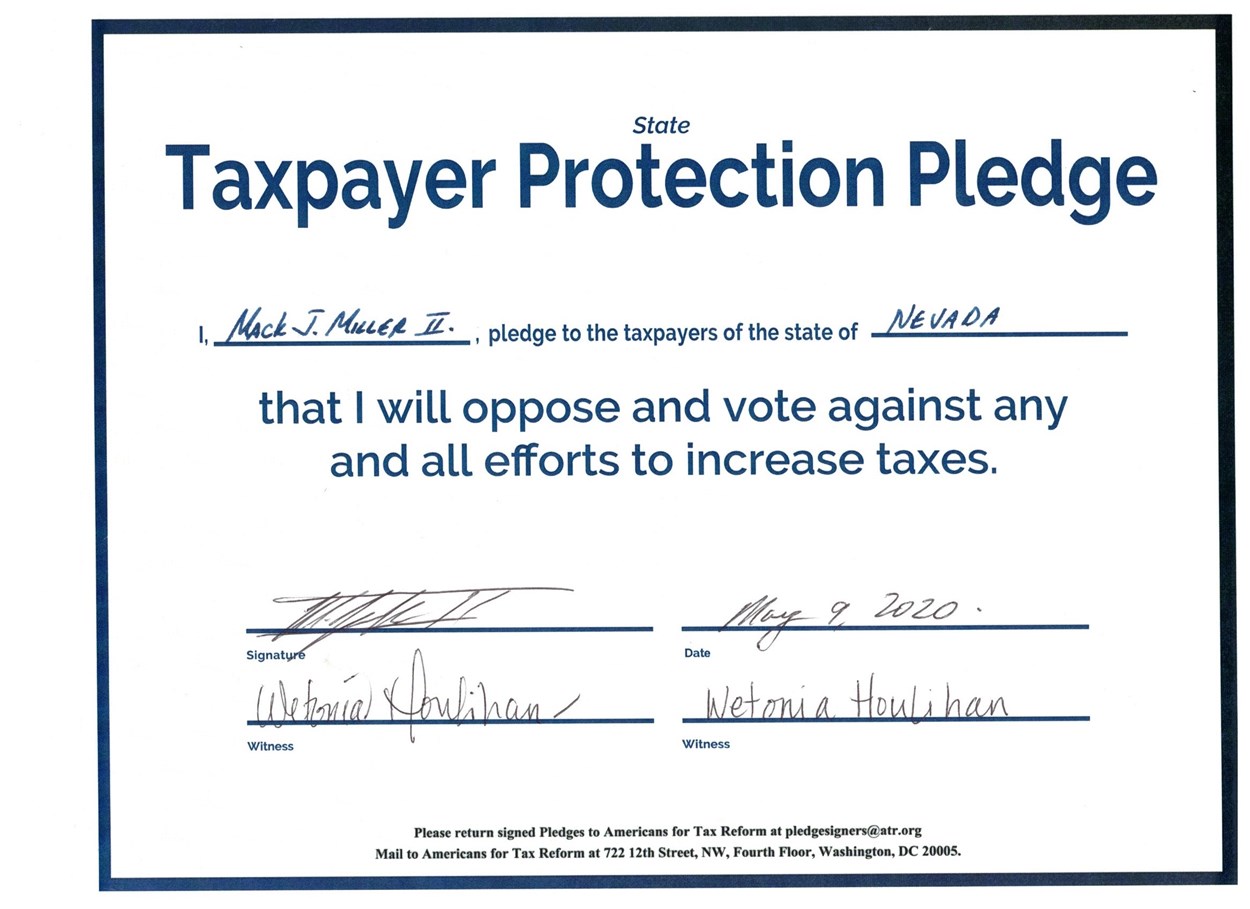 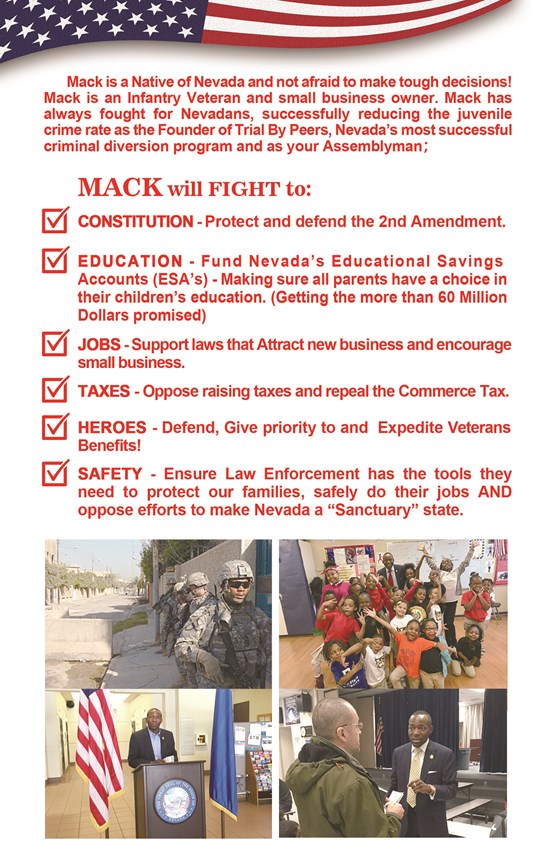 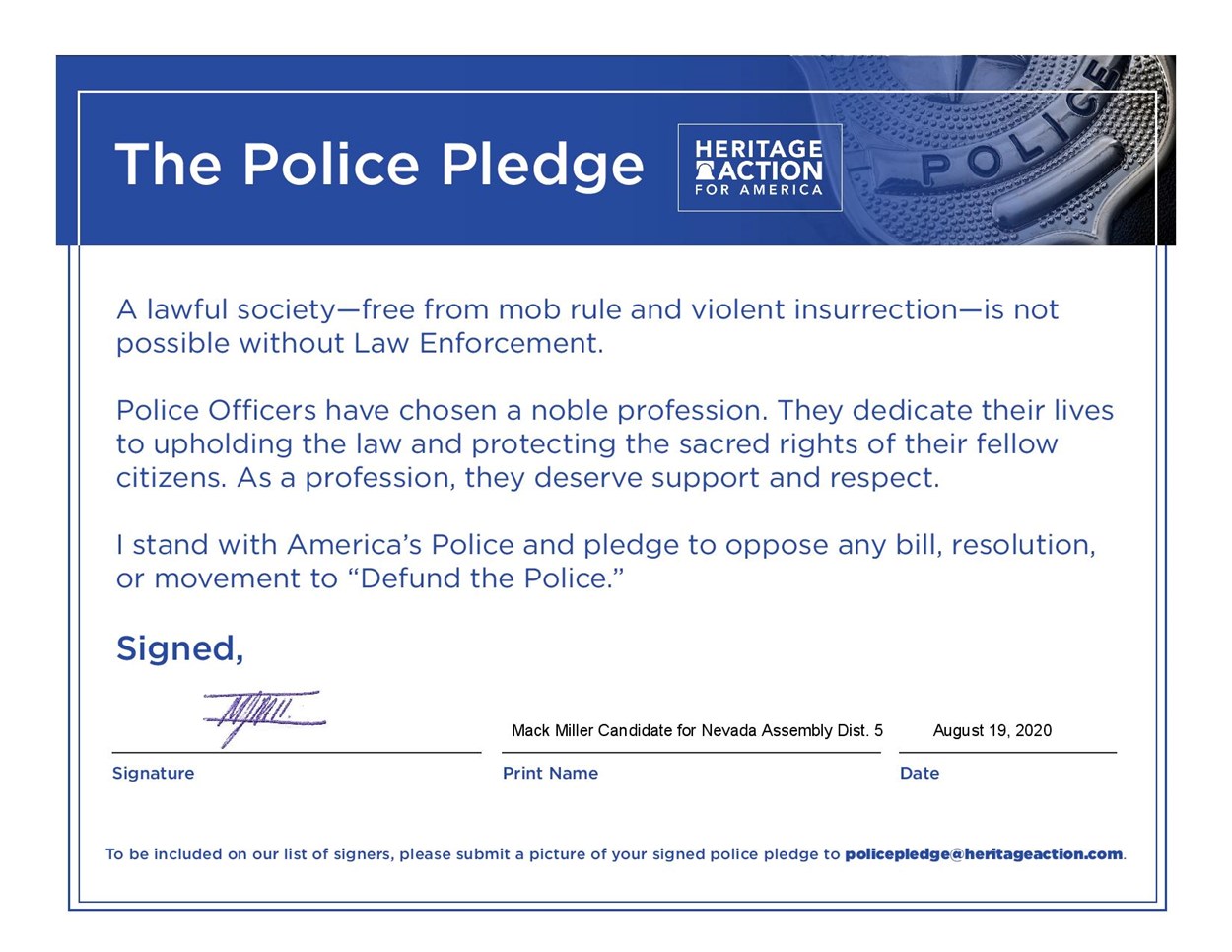 Eliminates the statute of limitations for the prosecution of sexual assault in certain circumstances and Revises provisions relating to orders for protection. (Extending Protective Orders)

Thanks to all of our efforts, Assembly Bill 142 & 410 were both passed and signed into law by the Governor!

These bills and amendments solidify Nevada's Sexual Assault & Trafficking Victims Rights, working to eliminate human sexual assault, trafficking and protect victims. Your donations, phone calls, and engagement on social media made all the difference in passing these bills. Thank you for taking action.

We'll continue to support any and all efforts to protect our children from sexual assault and trafficking. I hope you will continue to stand with us! Join our fight and donate what you can now.

Thanks to all of our efforts, Assembly Bill 186 presented by Assembly-person BRITTNEY MILLER and later passed was VETOED by the Governor! Even the Governor said her bill was "Bad for Nevadans..."

This bill if signed by the Governor would have been bad for Nevadans! Logic and Reason won the day on this one and unfortunately Assembly-person Brittney Miller was NOT on the side of Nevada citizens! Your donations, phone calls, and engagement on social media made all the difference in getting the Governor to VETO Assembly Bill 186. Thank you for taking action.

We'll continue to oppose any and all efforts to take your VOICE away. I hope you will continue to stand with us! Join our fight and donate what you can now.

A.B.401 Would tax Nevada residents for each mile driven.

Thanks to all of our efforts, Assembly Bill 401 was killed in the Nevada Assembly.

This bill would have created an undue tax on each and every hard working citizen in Nevada that needs to drive in order to get to work, school and each and every task on a daily basis. It would have been just another tax levied on the People without justification, simply to further line the States bank account to replenish monies lost due to wasteful spending. Your donations, phone calls, and engagement on social media made all the difference in stopping Assembly Bill 401. Thank you for taking action.

We'll continue to oppose any and all efforts to turn Nevada into California by enacting unnecessary taxes. I hope you will continue to stand with us! Join our fight and donate what you can now.

Thanks to all of our efforts, Assembly Bill 281 -- the sanctuary state bill -- was killed in the Nevada Assembly.

This bill would have undermined public safety and been a disaster for our state. And the majority in our legislature was determined to force it on us – until they heard from we the people of Nevada. Your donations, phone calls, and engagement on social media made all the difference in stopping Assembly Bill 281. Thank you for taking action.

Even with this victory, however, this fight isn’t over. They are pledging to continue to drive the sanctuary state issue for the remainder of the legislative session, and we must continue to take a stand against them.

We'll continue to oppose any and all efforts to turn Nevada into a sanctuary state, and I hope you will continue to stand with us! Join our fight and donate what you can now.

y’s law, aims to protect victims of crime by preventing the disclosure of confidential information that could threaten their safety. The victim’s safety would also be a factor in deciding the bail amount or release conditions of a defendant or perpetrator.

Question 2, also known as the “pink tax,” would exempt feminine

hygiene products from being taxed. This is not sound tax policy and would result in furthering inequality in our laws.

Question 3, Energy Choice Initiative which would allow Nevadans to

choose their power provider and prohibits monopolies. The passing of this
measure will provide a choice for consumers.

medical equipment from being taxed.

passes, individuals would be automatically registered to vote when they obtain certain services from the Nevada DMV. This further opens the door
for voter fraud!

Parents know their children best. That’s why I want to empower parents to let them choose the school and school system — public, private, online, charter, homeschooling, etc. — that’s best for their child.

#WUSA - WORKING to UNITE the SATES of AMERICA - #WUSA 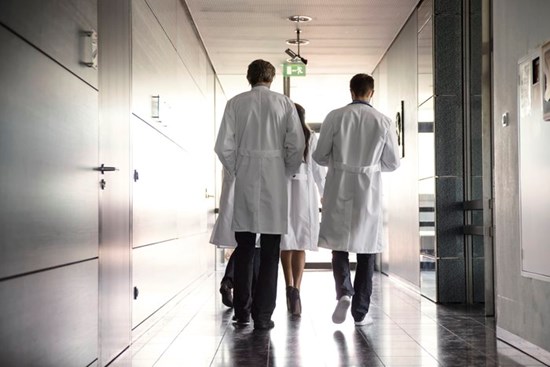 I WILL NOT Turn my back on Nevada's Healthcare system!

America still has the greatest health care system in the world, despite increasingly rampant government intervention. Free-market reforms can strengthen that system further.

Competition drives down the cost of all products and services; why would healthcare be any different?

Why would anyone want to copy the European system of health-care rationing? I will focuse on solutions that lead to improved health, not simply throwing money at a endless pit of wasteful spending.

Medicaid was originally designed to provide a medical safety-net for very low-income Americans, particularly children. Before the ACA expanded eligibility, over half of Medicaid enrollees were children, while individuals who were disabled, blind or aged made up almost a quarter.

In contrast, the vast majority of the new enrollees are healthy adults, who are often childless and generally healthy.

#WUSA - WORKING to UNITE the STATES of AMERICA - #WUSA

I believe free markets should be free — free from government picking the winners and losers in the economy. True economic development comes from freeing entrepreneurs from unnecessary regulations and limiting government to its core and constitutional functions.

#WUSA -  WORKING to UNITE the STATES of AMERICA -  #WUSA 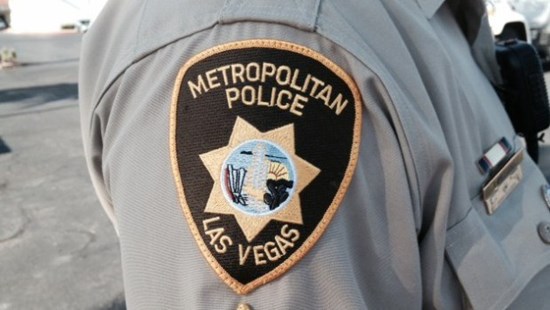 I believe that our families deserve leaders that don't tie the hands of law enforcement. Law enforcement should be able to do their jobs in protecting our families without being impaired by the fear of lawsuits and media prosecution.

I support laws that ensure the men and women that place their lives in danger to protect us should be given the tools necessary to do so and also the tools that afford them the opportunity to conduct their business safely.

For more than 23 years I have engaged within the community working to both educate our youth about crime and the law as well as reduce crime in our neighborhoods and motivate our youth at the same time. As the Founder of Trial By Peers, (TBP) A Juvenile Criminal Diversion program I have seen what positive engagement in our communities will do!